Ready to Increase Your Research Productivity?

Get a Quote
View All Services

Learn more about our company team, careers, and values. Join Advarra’s Talented team to take on engaging work in a dynamic environment.

Clinical development proceeds in phases, and each phase contains a set of clinical trials. These trials, including their sample size calculations, are typically designed independently. However, there are advantages to considering the program as a whole and designing it to optimize the study’s return on investment (ROI). Below are some examples where considering ROI benefits individual study designs and the program overall.

What is the Optimal Power for a Phase III Study?

Most Phase III clinical trials have a sample size providing between 80% and 90% power, or the probability of achieving a statistically significant result. But how should a sponsor choose between 80% and 90%? And are there ever situations where greater than 90% would make sense, or less than 80%? One way to address this question is to consider a Phase III trial as an investment and to maximize the return on that investment.

Assuming the treatment works by the exact prespecified amount, every additional percentage point in power provides a sponsor with the same benefit: an extra one percent chance of a significant result. But every additional percentage point in power does not entail the same cost – the higher the power, the greater the sample size increase required to add that one percent. 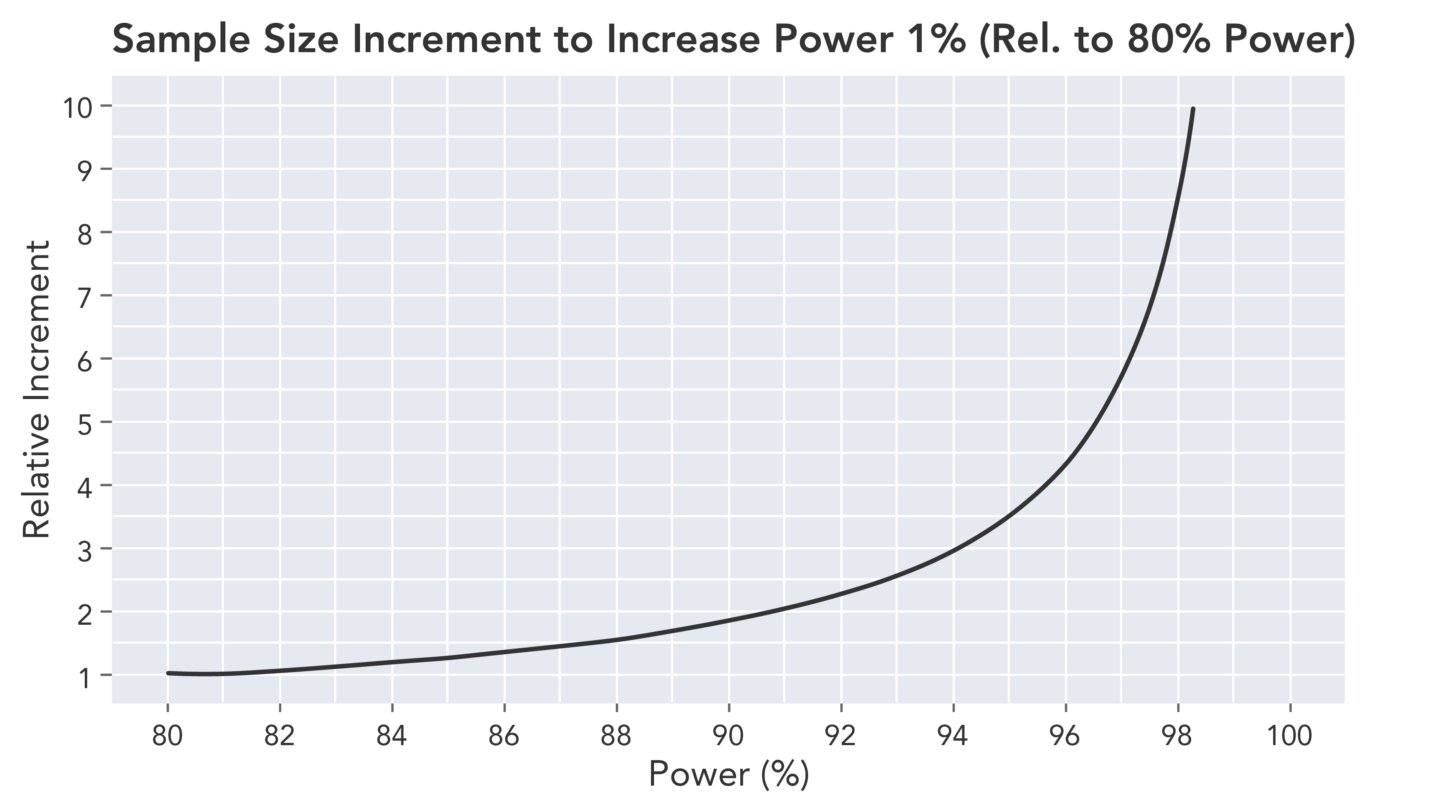 How Big Should the Phase II Trials be?

Again, interpret a Phase II program as an investment and understand the goal is to maximize its ROI. By making a set of assumptions, it’s possible to optimize either the size of the Phase II program, or the allocation of a fixed budget between Phase II and III.

Are the Phase II Results Promising Enough to Launch a Phase III Program?

When Phase II is complete, a sponsor faces a difficult and highly consequential decision for potential patients and to the business: to abandon the treatment, or to launch a Phase III program. The Phase II results are informative, but it is not at all intuitive to identify the point where the results are just barely promising enough to proceed.

Putting it all together, by defining a statistical model, it’s possible to optimize an entire clinical development program rather than designing a set of suboptimal individual trials. This includes the sample size allocation between Phase II and III as well as the threshold value defining whether or not the Phase II results are promising enough to proceed to Phase III. Of course, no sponsor would or should base their development program solely on such a model, but the model’s output can provide valuable information to guide the sponsor toward a program with an improved ROI.