Ready to Increase Your Research Productivity?

Get a Quote
View All Services

Learn more about our company team, careers, and values. Join Advarra’s Talented team to take on engaging work in a dynamic environment.

A Tale of Two Sites: The Power of Integrated Research Administration

Members of the Advarra team speak at research conferences throughout the year, interacting with folks from both the sponsor side and research administration side of the industry. Recently we spoke with a senior level individual at a leading device manufacturer—we’ll call him “John”—who explained that from his experience, when organizations integrate their research admin functions, it often leads to increased access to new research opportunities, allowing them to build a more expansive research enterprise.

He described a “Tale of Two Health Systems,” one with a centralized research administration and one without. John’s story taught us a few things, and we’re sharing it here in case it helps others in the research community.

As the person responsible for worldwide site selection and study startup, John is always looking for ways to accelerate the process. The faster he and his team get the study up and running, with data quality and patient safety held to the highest standards, the better. What often astounds him is how much organizational and operational ability varies from site to site.

The ability of organizations to efficiently get protocols up and running is enhanced when there is an effective research admin operation.

How Do Sponsors Support Research?

Sponsors do as much as they can to support the startup process, John explained. Their protocols are thoroughly vetted through scientific and operational reviews, with collaboration from advisor sites to minimize mid-study amendments and align protocols with typical clinical visits. By using a single IRB of record (sIRB), sites have a single point of contact and consistent subject protections across the entire study. The sponsor’s contracting office establishes master agreements with sites so they can save time and skip straight to budget negotiation for new protocols.

Despite these efforts, John sees study startup times for large research sites (e.g., health systems and medical centers) vary from as little as 45 days all the way up to 180 days or more. He explained that when sponsors have flexibility, they select the faster sites a lot more often than the not-so-fast sites.

The Tale of Site One 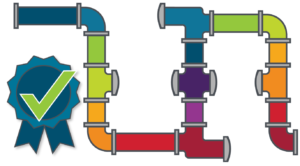 The Tale of Site Two 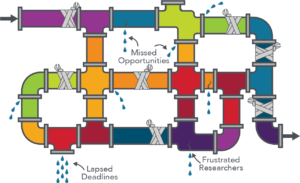 On the other end of the spectrum, John sometimes works with sites that require the PI to work through a myriad of review and feasibility committees operating independent of each other. It can take a week or more to get a confidentiality agreement (CDA) in place if the site will not enter into a master services agreement with the sponsor (which would cover all protocols).

If the site’s budgeting office does not have access to the facility charge masters, the PI must request a budget from each facility or functional group that will provide services under the protocol. Some of those services require committee approval to use the service or facility for research. Eventually a proposed budget emerges, but this doesn’t always line up with the reasonable and necessary charges provided in the sponsor’s template budget. Email storms may ensue as the sponsor attempts to hammer out a budget which keeps changing as new information from the various facilities comes in.

If the site uses a local IRB, it might only meet once every few weeks and may raise questions about the protocol which have already been resolved with the central IRB. Additionally, the local IRB frequently has non-critical consent changes which do not match the consent template language already approved by the central IRB. These changes must go back to the sponsor’s corporate lawyers for vetting, which adds even more time to startup.

When the site’s clinical trials office finally becomes involved, it must build the protocol schedule into the CTMS software (if there even is a central CTMS). This step could have been started at the very beginning of the process and been completed in tandem with IRB review. However, under this inefficient system, the clinical trials office doesn’t get notified of new projects at the site until after they have cleared feasibility and IRB. The research billing codes must also be set up in the EMR by the hospital tech staff alongside more pressing clinical care issues. The result is a startup time of over 180 days. Our colleague says he and his team only use sites like Site Two when they have no other options.

And that’s the Tale of Two Sites, as relayed by our sponsor colleague. At Advarra Consulting, we’ve seen similar patterns emerge across the many institutions, health systems, and academic medical centers we’ve supported. Sites that prioritize a harmonious research administration through means like outsourcing, third-party billing and coverage analysis, and relying on a single IRB of record are typically more efficient and easier for sponsors to work with, and they ultimately attract more industry-sponsored research.

At Advarra we strive to help all parties in the research enterprise to work Altogether Better. From timely IRB and IBC reviews, expert consulting to integrate and streamline research administration, detailed and region specific coverage analysis for sponsors and sites, to award-winning clinical trial management software. To learn more about how Advarra can advance your research, contact us.